Welcome to the
Canasta Palace

Tactically collect cards, form a canasta, and empty your hand. Here you get the international classic with real opponents! Play in the biggest online Canasta community. Always live, always free to play! 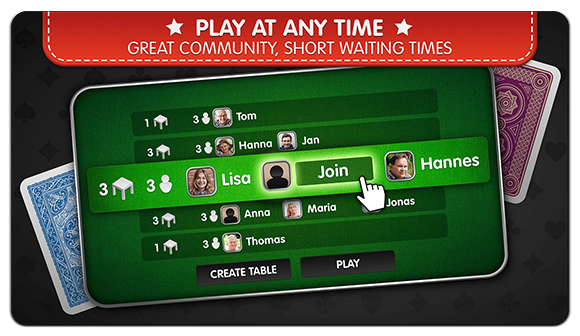 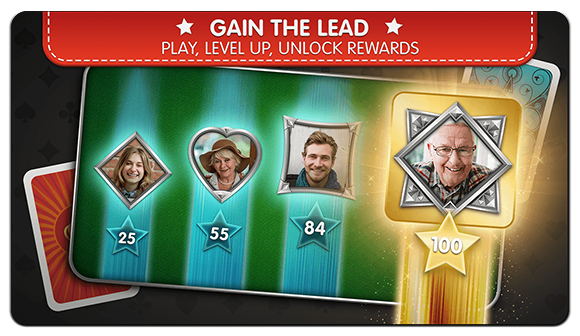 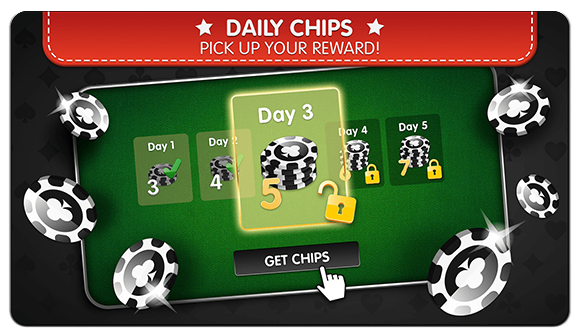 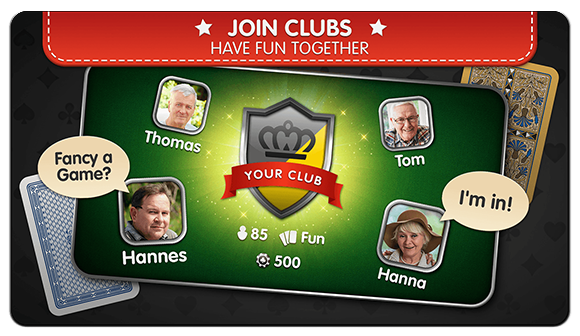 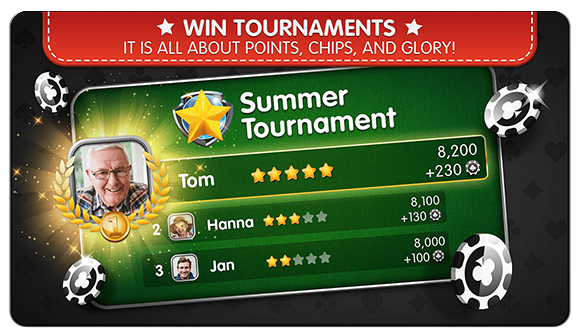 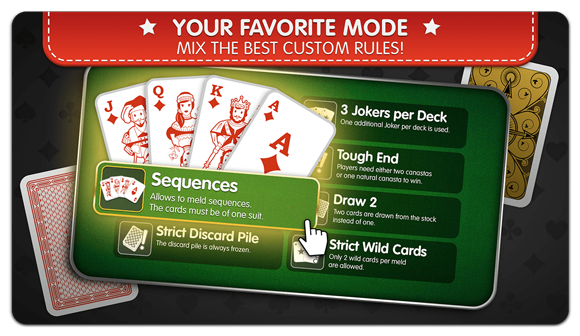 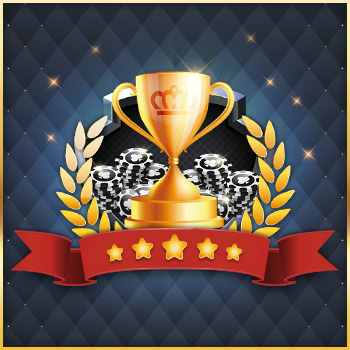 Grand Summer Tournament 2022 at the Palace 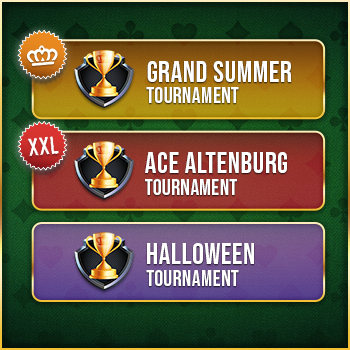 Save the Dates: Next Official Tournaments in 2022

Klickt hier für die deutsche Version. Dear friends of the Palace, Here in our Blog or on Facebook, you have probably heard about our official Palace of Cards tournaments before. There were already seven editions this year! The official tou ... 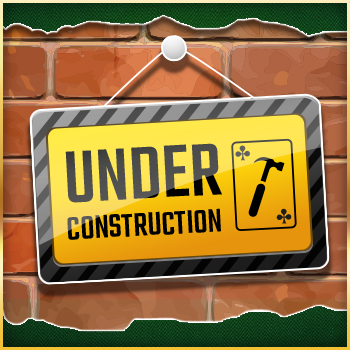 Klickt hier für die deutsche Version. UPDATE: You can reach the Mau Mau Palace via Facebook again! We were able to resolve the issue with Facebook, and all should be working smoothly now. Have fun and a good hand! Dear friends o ...

Find concentrated Canasta knowledge here! If the Canasta game is still new to you, check out our linked resources and learn to play Canasta online. More experienced players can jump right to the Canasta Lessons below.

This is the place to delve into Canasta – with useful tips concerning tactics, for example. If you are not familiar with the game yet, acquaint yourself with our rules and resources further up in the Canasta School first.

If you want to take a closer look at one of the lessons, click on its corresponding image, and you are forwarded to a detailed explanation.

Lesson 1: Complete a Canasta as Soon as Possible

You win a round of Canasta by gaining the highest score. You can secure those points best by melding a Canasta as soon as possible. After all, that is the only way you get to end the round! Find out here why ending the round can decide the game’s outcome and how you can reach a canasta effectively.

Lesson 2: Keep an Eye on the Red Threes

Online or offline – it makes sense to compare your points reached so far with those of your opponents. Red Threes play a significant role here. If your opponents get them, you should keep those in mind and play for plenty of points to make up for them.

Lesson 3: Do Not Gift Cards to Opponents

Sometimes it seems like winning is not meant to be, and you only draw cards that do not bring you forward. At the same time, your hand is filled with cards that would only help your opponents. The best steps to prevent that are blocking or freezing the discard pile.

Go to all Canasta Lessons

Welcome to the Canasta Palace! Here, you can finally play the popular card game online and free. Cansta Palace is a product by Spiele-Palast GmbH. Playing with friends and family is the favorite pastime of many people.
At our Palace, we want to give a digital home to this joy of playing cards. Let’s build a lively community founded on top-quality realizations of online card games, Canasta, for example.

Playing Canasta online comes with an enormous number of available players at any time. That allows playing cards whenever you feel like it, without organizing game nights. Add card-playing flexibly into your everyday life, and enjoy the full joy of playing!
Of course, playing Canasta online requires a stable internet connection and an additional mobile web connection when playing on the go. That way, you can truly play at any time!

Canasta is one of the youngest classic card games. It is usually a four-player game with two teams, though there are variations for different numbers of players. At the Palace, Canasta is available for two or four players. To win in this game you need to combine skills such as memory, focus, and attention. You will also have to plan ahead and play cooperatively.

Canasta is related to Rummy – just a bit more interesting and trickier. The name Canasta is derived from a Spanish word for a basket that would originally hold the playing cards.

The main element of the game is collecting seven cards of the same rank, then using them to form a figure of the same name. These combinations score opulently. Find out more in our Canasta manual!

Written historic accounts agree on Segundo Santos and Alberto Serrato developing Canasta in 1939 in Uruguay. Their passion for another card game, Bridge, spurred them to compile their own game. Once published, Canasta traveled quickly over the whole world. It ranked among the most played card games as soon as the 1950s. Sales numbers of playing cards and literature on the game increased accordingly.

Some card games scare people off with complicated rulebooks. But you can learn any game step by step. So, we came up with a couple of ideas to make playing Canasta free, easy, and accessible right off the bat.

When using mobile devices, there is no need to set up an account – just start playing. At the push of the Quick Match button, you will automatically enter a table with fellow players that match your skill.

Once you start playing, you are always collecting experience to level up. And once you got the hang of the Canasta game, you can compete live: Rise up in the league system, play in tournaments and join clubs!

Traditional card decks may vary in clarity depending on your display size. Hence, we designed additional decks with optimized legibility. They are particularly suited for playing on devices with smaller screens. Another popular feature is the support of landscape and portrait mode for mobile devices in all our games. Adjust the game to a one-handed or two-handed playstyle when on the go. The interface aligns automatically and displays the cards in optimal size.

Play as you prefer – using a PC, laptop, tablet, or smartphone! Canasta Palace is available cross-device and cross-platform:

Why did card games such as Canasta take off like that on computers again? The cause is the computer’s strength in completing dull and detailed tasks without complaints. Card games require utmost attention during the setup, conduction, and evaluation of the game. Otherwise, players could easily receive too few or too many points, cards, or even money.

In Canasta, especially, many cards are played and moved across the table. The computer always provides optimal overview and arranges the playing field. Meanwhile, you can focus on the game’s essence – tactic and fun.

Playing Canasta online brings together many people from all over the web. Thus, there might be a black sheep or two hiding in the community. To facilitate a pleasant gaming experience for everyone, we offer various settings to protect your privacy. And our support team is continuously monitoring the games and can always be reached out to at support@canasta-palace.com.

In the realm of online card games, the potential manipulation of card shuffling is a recurring topic. To ensure optimal shuffling results, we are using an absolutely proof method for shuffling cards. Our method was tested and approved by an independent institute. We take all these measures to provide conditions as equal and fair as possible for all games.

And of course, you contribute as part of the game community, too: Be fair to fellow players and take the occasional defeat easy. After all, we are all here for the fun in card games!

If you have been playing at the Palace for a while, we recommend the Premium membership. Experienced players enjoy extensions and additional features very much. As a Premium player, you can create your own table: Pick your favorite ruleset and choose who can join you or not. You can adjust the game to the rules you are used to or maybe even discover new variations with different dynamics by using rules such as 3 Decks, 3 Jokers per Deck, Harder First Meld, and many more.

In addition to Canasta, we offer many other card games online: There are our trick-taking games Skat, Pinochle, Doppelkopf, and Sheepshead as well as the popular solitaire card games Klondike, Easthaven, Spider, and Scorpion. We complete our repertoire with Rummy and Mau-Mau. You can play any Palace of Cards game in English.